Whether you’re an amateur or a seasoned pro, equipment can make or break your fishing experience. When it comes to reels, the options seem endless: spincast, baitcast, spinning, fly...and this can be pretty overwhelming if you’re just starting out. 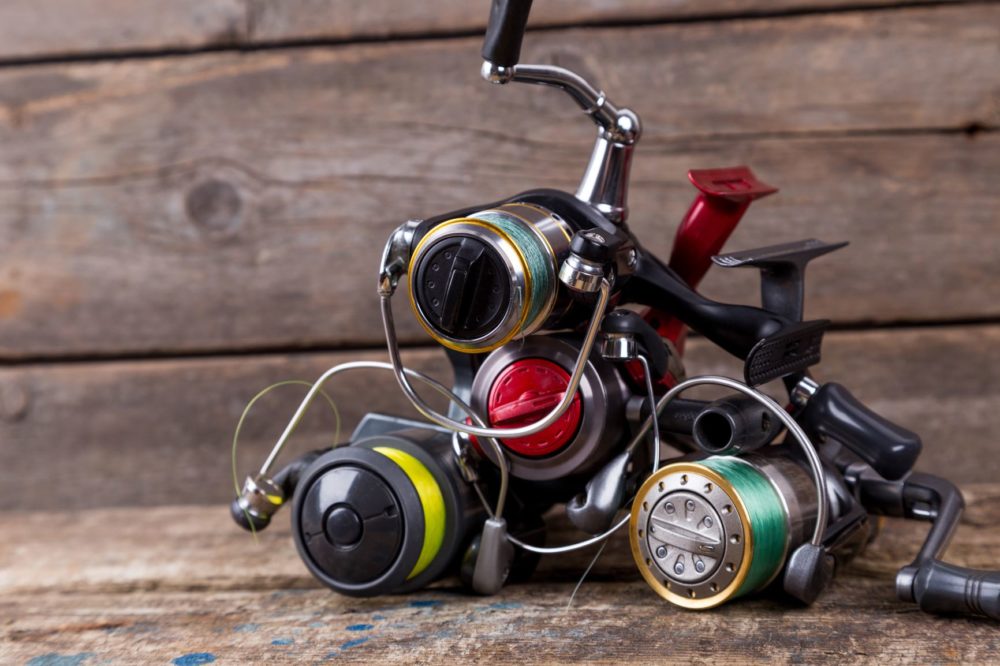 Today we’ll be focusing on open and closed face fishing reels, comparing the two and discussing the benefits and drawbacks of each.

What is an open face fishing reel?

We’ll begin with the open face reel. This type of reel is also known as a spinning reel, and it’s one of the most popular types of fishing reel because it’s considered one of the most versatile.

The distinguishing feature of this type of reel is that the spool, as well as the majority of the moving parts, are left exposed, rather than hidden behind a spool cover.

You’ll find rod and open face reel combos ranging from ultra-lightweight to those designed for heavy-duty surf fishing, hence why this type of reel is so widely used.

This type of reel is mounted below the rod. Usually, the handle locks and prevents the line from spinning backward and disconnecting from the spool. These types of reels usually come with a wire bail that can also be used for distance casting.

However, this type of reel isn’t the best suited to beginners, as the angler is required to use their finger to guide the line as they cast, and this can be a little tricky to get the hang of if you're new to fishing.

What is a closed face fishing reel?

Closed face reels are different, as rather than leaving the spool exposed, the spool is hidden.

Instead, the line is encased by the nose cone of the reel and there’s a hole in this to allow the line to pass through. These types of reels are also known as spincast reels.

Using a spincast reel is very simple: they have a button that releases the fishing line, and all you need to do is ensure you snap the rod at the same time you press the button.

When it comes to casting, open and closed reels differ significantly. As we said before, closed face reels are easier to use, so they’re frequently used by beginners or kids.

The reel does the hard work for you, so this makes them accessible to pretty much anyone. The open face fishing reel takes a bit more practice in order to use successfully, however, once you get the hang of it some anglers claim open face reels are just as simple to use.

If you want to catch bigger fish, you need to be able to cast longer distances, and again, the two types of reels differ a lot in this area.

The open design of the spinning reel means you can store more line on the spool, which allows you to cast a greater distance than with a closed face reel.

Like most things in life, usually the equipment that requires the most practice will perform the best once you get the hang of it. Once you know how to use them, spinning or open face reels allow you to achieve a far higher degree of accuracy than the closed face alternative.

As we said, they take a little bit more perseverance, particularly for novices, but once you’ve got the hang of how they work these reels perform extremely well.

Versatility is an important characteristic when it comes to reels because anglers want the most versatile equipment possible, in order to accommodate a range of conditions and catches.

Closed face reels, while being extremely accessible, are less flexible as they have a low line capacity due to the smaller spools. This makes them suitable for catching small fish in one designated area, but sadly means they’re not the most versatile.

They also have a low hauling power, which means they’re not strong enough to haul big fish out of the water. This is also made even more complicated if there’s vegetation in the water which will make it even harder to pull.

So, for anyone who wants to catch a wide variety of fish, or wants to catch the biggest fish possible, the closed face reel will likely be insufficient.

Spinning or open reels allow you to cast a greater distance, which means you’ll be able to haul small to medium catches.

That said, these reels don’t have the hauling power of a baitcasting reel, so you won’t be able to catch very heavy fish that weigh over fifty pounds.

Backlash is a very frequent issue encountered by anglers. It occurs when the lure slows down after casting, but the spool does not.

The result? A tangled mess of line also known as a “bird’s nest.” This issue usually occurs on the baitcasting reel, but it can also happen on a spinning reel.

Backlash is frustrating and time-consuming and usually happens as a result of two scenarios: either when you’re casting into the wind, or when you’re using a lure that’s not heavy enough.

Backlash is more likely to occur on an open face reel but can be avoided by practicing your technique and refraining from putting too much line on the spool.

Backlash is less likely to occur on a closed face reel, however, they can be far trickier to untangle, and anglers often have to deal with knots and tangles inside the spool casing.

So basically, backlash is more likely to occur on an open face reel, but it’s a lot more difficult to untangle on a closed face reel, even if it occurs less frequently on these.

Like we said earlier in this article, closed face reels tend to be more poorly made, which is why they’re available at a lower price point. The open face reel is usually more robust and is far better suited to anyone who intends to fish regularly.

You may find some better quality spincast reels available, but even these won’t last that long, as they’re used more commonly by beginners and therefore just aren’t designed to endure regular wear and tear.

Again, the cost of these two reels correlates with their quality. Closed face reels are widely available and can be purchased for a low price mainly because they are smaller and weigh less, have fewer components, and are typically made of lower-quality materials.

This is what makes them a popular choice for children because they’re not a massive investment if your child packs in their fishing interest a few months later.

They’re also a more suitable size and easier to use, which again makes them popular among kids and beginners.

Open face reels will generally be more expensive, however, they can be worth the investment if you hope to improve as an angler and intend to fish regularly.

Alternatively, you could start with a closed face reel but you may find this need replacing a lot sooner, which could result in the cost adding up over time.

These two types of fishing reels each have their benefits and drawbacks. The closed face reel is easy to use which makes it widely accessible; there’s minimal skill involved so pretty much anyone can fish with it, which is why it’s popular among kids.

On the other hand, these reels can’t cast very far which means you’re pretty limited in terms of distance and the type of fish you can haul. They’re also made of cheaper materials, which means they’re available at a low price but they’re not very durable.

On the other hand, open face reels require a little more practice and perseverance, but once you’ve mastered them you’re guaranteed a greater degree of accuracy.

You can also cast these reels at a far greater distance, making them a more versatile choice. They’re also generally more durable, so while they cost a little more than the closed face reel, they can provide better bang for your buck over time.

For anyone who has a genuine interest in developing as an angler and wants to fish regularly, the open face reel is the more versatile and better performing choice out of the two.